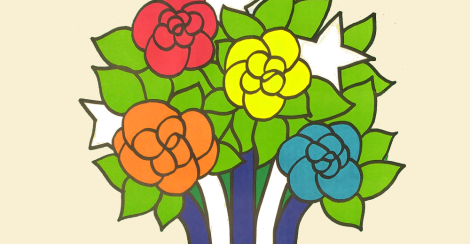 This article is the introduction to the Summer/Fall 2017 CUSLAR Newsletter.

These days, there seems to be a new emergency every week.

This issue of the CUSLAR Newsletter is an attempt to zoom out from the ongoing crisis in our country to consider how the Caribbean might offer lessons for the next stage of work for social change, wherever we are.

The Caribbean is a tangle of stories of oppression and hope. Four centuries of slavery and colonialism and another century of economic dependency have left indelible marks on the people, land, languages and cultures of the Caribbean.

Christopher Columbus reported to the King of Spain about his initial travels to the island the Tainos called Ayiti, now Haiti and the Dominican Republic: “Mountains and hills, plains and pastures, are both fertile and beautiful…. The harbors are unbelievably good and there are many wide rivers of which the majority contain gold.” He promised his majesties “as much gold as they need … and as many slaves as they ask.”

Beginning with that moment, the Caribbean would become a central focal point for European merchants, swashbucklers and kings as a site for extraction of resources and exploitation of labor. Much of Europe was built with profits made — that is, wealth stolen — from the Caribbean colonies.

Yet this legacy of underdevelopment is not just in the past. In the 21st century the Caribbean has become, with the exception of Cuba, a place for global companies and their local affiliates to have their way, to the general detriment of the island populations.

The Caribbean has much to teach us about the current political moment.

First, on the economy. Learning Caribbean history means getting a clearer picture of the brutality involved in developing our current global economic system. And learning about the Caribbean today suggests that this system is still inhumane, with dynamics that play out in new and recycled ways.

Second, on race. Studying how differently race and racism are understood in the Caribbean than in the United States allows us to argue confidently that race is a social construction and not a natural phenomenon. Further, it is possible to see how racialized hierarchies have been used to divide and control the oppressed class on behalf of the owning class.

The Caribbean and the economy

Why does the global economy work the way it does, producing extreme inequality among people and nations? The Caribbean is an important part of the answer.

Columbus “sailed the ocean blue” not out of a desire to travel to exotic distant lands and meet exciting and unusual people. He traveled west toward India, he thought, seeking fortune. The indigenous people of the Caribbean discovered him on their shores, and in return for their hospitality, he and his men put them in chains.

The enormous profit extracted from the colonies through slave economies was a large part of what fueled early capitalist enterprise. The harsher the conditions of the enslaved, the more profit could be pocketed or reinvested.

And stealing is much better for business than buying, if you can get away with it.

Afro-Trinidadian historian C.L.R. James notes that by the mid-1700s, the French merchants were the most powerful economic force in France. The slave trade and their star colony, Saint-Domingue, now Haiti, were the basis of their wealth and power.

Knowing the basis on which our profit-driven economy is built may cause us to rethink the role of the economy in today’s society as well.

Studying how capital operates in the Caribbean today reveals a picture nearly as stark as in colonial days. Jeb Sprague-Silgado, CUSLAR’s guest speaker in March, outlined a strong trend toward what he referred to as the transnationalization of the Caribbean economies.

Sprague-Silgado has documented that in recent decades, global firms have taken control of the bulk of the economic drivers of the region: the tourism industry — which Daniella Hobbs highlights on page 7 — as well as large-scale mining and export processing zones. The transnationalization of these sectors means that less and less of the money made stays to benefit the people where goods and services are produced. Local elites are more detached from local development and oriented toward global chains of accumulation. Poverty and poverty-driven emigration continue despite the resource wealth of Caribbean countries. Mackenzie Stevenson reports on Sprague-Silgado’s visit on page 4.

Looking at the Caribbean in this way gives us evidence toward understanding our economic system as a poverty-producing system.

The Caribbean and racism

In the Americas, the poverty-producing economic system is completely entangled with race. History has bound these two categories together: slavery, for example, was neither exclusively a race problem nor a class problem.

Racial hierarchies developed differently in the Caribbean than in the continental English colonies, based on particular economic motivations.

Theodore Allen notes the importance for the planter class in both places of creating a petit bourgeoisie. This middle strata, cleaved from the laboring class, would do the necessary dirty work of policing and controlling the rest of the workers, servants and enslaved.

In the Caribbean, because there were so few European whites compared to the rest of the population, a complex racial hierarchy emerged. Creoles, or whites born in the islands, had certain status below the European-born. Mulattoes, or people of mixed-race, were granted differing rights and status depending on the situation. They were free and often held positions as officers in the army or as plantation managers. According to James, when the owning class of Saint-Domingue felt a threat of rebellion, they would extend more rights to mulattoes to encourage their loyalty.

Even today, race is constructed differently in the Caribbean than in the U.S. A Dominican friend once showed me his cedula, or national ID. Under race it said indio claro. Other racial categories, from light to dark, are blanco, blanco jojoto, indio lavado, indio claro, indio canelo, indio quemado, moreno, prieto.

My friend wondered aloud what even is the color indio.

Why highlight this history now? First, differences in racial categories from place to place must mean in some sense that these categories were made up. So the fact that racism exists at all means that it has been useful to someone. Modern racism was born as an owning-class strategy to divide and rule. Though many things have changed since the 1600s, we are far from a post-racial society.

It’s important to notice the ways racism continues to hinder our potential to work toward a just world. Undoing a racialized class system must be a central part of our social activism.

At the same time, challenging racism cannot be disconnected from a critique of capitalism. White people have long benefited from whiteness, but the vast majority is also part of an exploited economic class that must work in order to eat.

Today because of worsening economic conditions, all-white unity, which is the basis of racism, is crumbling. More and more white people find themselves hurting, unable to cash in on “wages of whiteness” or any wage, for that matter.

To build a broad-based movement for deep societal change, we can take a lesson from Caribbean history. A key for Haitian revolutionaries was recruitment of poor whites, even French soldiers sent to kill them — not simply as allies, but on the basis of a common economic position and need.

The Caribbean and revolution

Revolution, or replacing one ruling class with another, succeeded in Haiti in 1804. This has been the first and only successful slave rebellion to date. Leaders such as Toussaint L’Ouverture and Jean-Jacque Dessalines united the dispossessed and expelled the French governors, ending France’s most profitable colony.

It was no easy road. The Saint-Domingue slave rebellion had many false starts and eventually triggered the largest expedition that had ever sailed from France. Yet not even 20,000 trained soldiers could restore order.

The descent of Haiti from richest to poorest in the hemisphere is perhaps a cautionary tale for those who would follow in Toussaint’s footsteps. The global elite have ever since seeded division, supported dictators and pillaged Haiti of its resources.

Again in the 20th century, revolution in the Caribbean would upset the world balance of power. In Cuba in 1959, a guerrilla army led by a 32-year-old Fidel Castro overthrew the dictatorship of Fulgencio Batista. The Cuban Revolution would gradually proclaim its socialist character and align itself with the USSR, but first and foremost the revolution has been a triumph by regular Cubans over corporate and foreign interests.

Both the Cuban and Haitian processes are antidotes to discouragement. They promise no easy path to human liberation. Yet they show possibilities for big changes in how society is set up, and how our socially produced wealth can be distributed more fairly. If we can study history not just for names and dates, but for lessons in political strategy, we may be more prepared to maneuver in our current efforts for change.

The Caribbean isn’t just a tourist destination. It’s a site for study, strategy and solidarity.