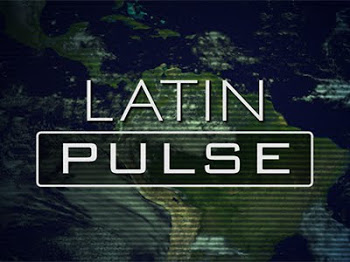 In July 2015 CUSLAR’s Tim Shenk was featured on two episodes of the Latin Pulse podcast, hosted by Rick Rockwood with support from Webster University in St. Louis, MO.

Issues in the Caribbean provide the central themes this week on Latin Pulse. The program provides a deep analysis of the issues confronting the new relationship between Cuba and the United States. Major parts of the discussion reveal how these relations are linked to domestic presidential politics in the United States. The second segment in the program discusses the racial tensions fueling immigration policy in the Dominican Republic, regarding threats to deport Haitian immigrants. The news segment of the program covers the details of the historic ceremonies to officially open the Cuban embassy in Washington, D.C.

The program includes in-depth interviews with:

Bill LeoGrande of American University; and
Tim Shenk of the Committee on U.S.-Latin American Relations (CUSLAR).

Listen to the July 24 program here.

Retrospective: 50 Years After the U.S. Invasion of the Dominican Republic

Looking back at the violent history of repression in the Dominican Republic is the central theme this week on Latin Pulse, as this year marks the 50th anniversary of U.S. efforts to bolster a military dictatorship. The program discusses the U.S. invasion and occupation in some depth and discusses how this event continues to resonate with Dominicans to this day. The program also explores the political and economic fallout from that invasion. The news segment of the program covers the violent transportation strike in El Salvador and how street gangs have amplified the tense conditions.

The program includes in-depth interviews with:

Tim Shenk of the Committee on U.S.-Latin American Relations (CUSLAR); and
Lauren Derby of UCLA.

Listen to the July 31 program here.