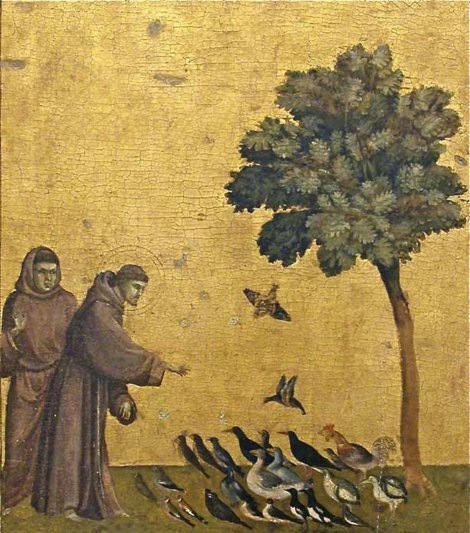 Pope Francis’s 2015 encyclical letter on the environment is a powerful work that draws on scientific research and the best of the Judeo-Christian tradition. The Pope critiques consumerism and irresponsible development that has led to environmental degradation and global warming.

Laudato sí’, mi’ Signore — Praise be to you, my Lord: On Care for Our Common Home is an invitation to “enter into dialogue with all people” about the future of the planet, calling ultimately for unified global action.

Francis cites other Popes and religious leaders who have spoken about the environment. Pope John Paul II called for a global ecological conversion, warning that human beings “frequently seem to see no other meaning in their natural environment than what serves for immediate use and consumption.” Pope Benedict XVI proposed “eliminating the structural causes of the dysfunctions of the world economy and correcting models of growth which have proved incapable of ensuring respect for the environment.”

With Laudato sí, Pope Francis strives to contribute to dialogue on the imminence of the ecological crisis. He states, “I urgently appeal, then, for a new dialogue about how we are shaping the future of our planet. We need a conversation which includes everyone, since the environmental challenge we are undergoing, and its human roots, concern and affect us all.”

A key theme of the encyclical is the effects of environmental degradation on the world’s poor.

Francis writes: “Whether believers or not, we are agreed today that the earth is essentially a shared inheritance, whose fruits are meant to benefit everyone.

“For believers, this becomes a question of fidelity to the Creator, since God created the world for everyone. Hence every ecological approach needs to incorporate a social perspective which takes into account the fundamental rights of the poor and the underprivileged.”

He reprimands global decision-makers for the ways they have disregarded the environment and failed to see how that negligence endangers the world’s most vulnerable. He provides the scientific consensus on global warming and explores the ways environmental degradation has affected the quality of human life and societal interaction.

“It needs to be said,” he writes, “that, generally speaking, there is little in the way of clear awareness of problems which especially affect the excluded. Yet they are the majority of the planet’s population, billions of people. These days, they are mentioned in international political and economic discussions, but one often has the impression that their problems are brought up as an afterthought, a question which gets added almost out of duty or in a tangential way, if not treated merely as collateral damage.”

Francis follows the scientific consensus by exploring the human roots of the ecological crisis.

The Pontiff acknowledges that technology, when well directed, can improve human life. However, he finds it risky that a small percentage of humanity holds ownership of the globe’s productive capacity and is thus allowed such vast control and influence over the distribution of goods and services. These few, he warns, demonstrate “no interest in more balanced levels of production, a better distribution of wealth, concern for the environment and the rights of future generations. Their behavior shows that for them maximizing profits is enough.”

Pope Francis ends his letter with a chapter titled Ecological Education and Spirituality. He starts the section, “Many things have to change course, but it is we human beings above all who need to change. We lack an awareness of our common origin, of our mutual belonging, and of a future to be shared with everyone.

“This basic awareness would enable the development of new convictions, attitudes and forms of life. A great cultural, spiritual and educational challenge stands before us, and it will demand that we set out on the long path of renewal.”

He calls for a new lifestyle away from consumerism, which he calls “a seedbed for collective selfishness.” Secondly, the Pontiff, a firm believer in education, appeals for the creation of an “ecological citizenship,” which he believes has not been achieved due to the failure of instilling good habits. He believes that only through good virtues will people be able to act and make selfless commitments to the environment.

Responses from around the world

Laudato sí describes the perilous conditions of our natural environment, the dehumanization of development and our disregard for those who suffer the most, the poor and dispossessed.  Many church leaders like Brother Dominic Mary Verner have called this encyclical revolutionary, as it points out the culprits of environmental destruction.

The Catholic community in Bangladesh came together to support Pope Francis’s
call for all human beings to take care of the planet as mother and sister.

The Archbishop Patrick D’Rozario of Dhaka, President of the Catholic Bishops Conference of Bangladesh, issued a pastoral letter in the Bengali language to be distributed in every parish that explains the main points of Laudato sí.

He also called for priests to spread the papal teachings among their communities and to follow the Pope’s guidelines.

Other world leaders like current United Nations secretary general Ban Ki-moon have also expressed their support for the “moral leadership on climate change Pope Francis has brought through his environmental and revolutionary encyclical.”

Ban believes that people from all faiths and sectors of the world share Pope Francis’s urgency to care for our common home. For those unable to see the interdependence of the natural world, spirituality and science, Ban addresses that the issue of climate change is beyond just an issue for environmentalists: “It is an issue of social justice, human rights and fundamental ethics.”

Many environmentalists and activists, including author Naomi Klein, support the encyclical. Klein notes that she was surprised by the boldness of Pope Francis. “When politicians are not showing much courage, the text contains a powerful truth,” she said. “I was shocked by this and also by its poeticism and lyricism.”

While a wide range of religious and secular leaders praise Laudato sí, some have expressed their uncertainties. It may be instructive to note that those whose interests are tied to the current exploitative model tend to be critical of the encyclical. Some religious leaders believe that the social damage should not solely be attributed to the market economies. Rather, sin should be named one of the culprits. In addition, many secular leaders embrace economic development and fail to see its detrimental effects on the poor.

Pope Francis’s goal is encourage dialogue about the responsibility that all human beings face today regarding care for our common home, and especially to understand that “a true ecological approach always becomes a social approach; it must integrate questions of justice in debates on the environment, so as to hear both the cry of the earth and the cry of the poor.”

Klein believes that this encyclical has enabled a new kind of awareness to emerge in various communities, linking the climate question to social equity issues and allowing surprising alliances to arise.