We can all agree that water is a fundamental human need, but it was only recognized as a human right in July 2010 through a Resolution passed by the United Nations General Assembly. Despite this acknowledgement that water is, and has long since been, a central tenet in global human rights discourse, its mode of provision remains today a contested issue both domestically and abroad. This ideological divide and the conflicts its created deserve a space within the current development discourse. However, the alternative approaches that many organizations, such as Cornell University’s AguaClara program, are taking to ensure equitable and affordable access to safe water across the globe should also be highlighted.

The Privatization of Water in Bolivia

Under pressures from international institutions, such as the World Bank and the IMF, water services throughout Latin America at the end of the 20th century underwent a mass privatization effort (Doyle, 2012). Following the fall of several authoritarian regimes throughout the region, and the high levels of debt that had accrued during their time in power, these institutions stepped in to offer debt relief, but with the binding condition that recipient nations decentralize and privatize their traditionally centralized public service delivery schemes (Biglaiser, G. 2002).

The forced and often rapid nature of this devolution led to several instances of citizen pushback, most famously the “water wars” in Cochabamba, Bolivia. Beginning in early January 2000, major protests erupted throughout the city, as angered leaders spoke out against the rate hikes and subsequent water cut-offs that had evolved due to the internationally mandated privatization of Bolivia’s water supply. Victims of these cut-offs, scholars from the University of Cochabamba, and Bolivia’s peasant population flooded the streets in protest of the World Bank, IMF, and neoliberalism’s e

ffect on the poor as a whole.

In response to these violent and prolonged protests, then World Bank President, James Wolfensohn, stood strong on the institution’s position that maintaining water as a free or subsidized public good would lead to resource abuse, saying, “The biggest problem with water is the waste of water through lack of charging.” Despite his confidence in private markets, by 2005 half of Cochabamba’s 600,000 person population remained without water, with those who resided off the city’s network paying ten times as much for their water as those living in the wealthy city center.

This narrative is not isolated to the Latin American context, however. In more recent news, austerity measures being employed in response to the city of Detroit’s financial crisis have denied water access to some of the poorest households in America. Under orders from the city’s emergency manager, the Detroit Water and Sewage Department (DWSD) has shut off water connections for around 27,000 households and small businesses that are late on their monthly payments. Of the 138,000 accounts in Detroit that retain a status of past due, roughly 90,000 of these belong to low-income families. And, in a city where nearly 44 percent of residents exist below the poverty line and water rates have increased by over 120 percent in the past decade, these numbers are likely to only keep growing, despite continued “tough love” from the government (Georgetown Law Review, 2013).

The connection between marketizing water and unequal access among the poor is a central theme in both Cochabamba and Detroit. However, there are many organizations now, such as the Michigan Welfare Rights Organization and Detroit Water Brigade, standing up against this trend and calling for a reconsideration of water access as a central tenet in equal development.

An organization with an innovative approach to safe water provision is that of the AguaClara program on the Cornell University campus in Ithaca, NY. In 2005, the program was founded, and in 2007, its first plant began operation in the town of Ojojona, Honduras. Established by Dr. Monroe Weber-Shirk, the program has seen great success. AguaClara now has nine water treatment plants in operation, with several more sited or under construction. 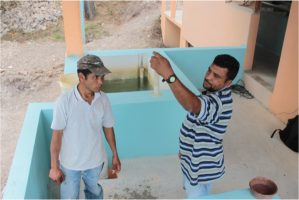 Aside from the program’s small-scale, gravity-powered, and easy-to-operate water treatment technology, it also advocates for a novel approach to water governance at the local level. In tandem with its local NGO partner, Agua Para el Pueblo (APP), local community operators and leaders are trained in the operation, maintenance, and management of their AguaClara plants, ranging in skills from balancing the budget and determining appropriate tariffs to measuring the turbidity of the water as it enters and exits the treatment facility. Larger decision-making regarding the plant is also left up to the community, where residents’ interests are 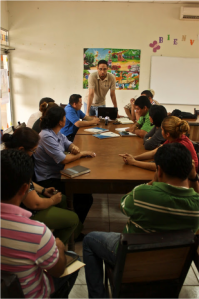 represented through an elected Junta de Agua, or “water board”. Through internal meetings and open town hall procedures, these plants maintain a base level of democracy and transparency often absent when private interests or higher levels of government are involved as primary stakeholders.

AguaClara’s emphasis on local circumstance when designing and managing its infrastructure has led to a strong spike in demand for AguaClara plants among rural Honduran communities that were historically ignored by urban-centric infrastructure. As an acknowledged human right, the lack of safe water access can only further marginalize historically subjugated groups, such as the urban poor in Detroit, peasant enclaves on the outskirts of Cochabamba, or rural communities throughout Honduras. AguaClara’s philosophy of rural autonomy, affordability, and transparency helps provide a counter-narrative to the growing trends of unequal water provision both in the United States and throughout the developing world.

3. Tapped Out: Threats to the Human Right to Water in the Urban United States. (2013). Georgetown Law Review.